What is a lantern-Japanese Lantern -

A lantern has a stretchable structure,and paper is attached to a frame made of thin bamboo,etc.,and a candle is erected on the bottom to use it as a light source. Some light sources are electric rather than candles. Light the inside and illuminate the surroundings through a windshield such as paper.
"Proposal"means a light that can be carried in the hand.It was an old flashinght, and Icarried it with a candle inside,but nowadays it is rarely used in everyday life except during festivals.In recent years,wire wires are used instead of bamboo sticks,Japanese paper is used,and light bulbs are used instead of candles,and they are often used mainly
for events such as festivals and signboards.It is also sold as an interior and souvenir.
Lanterns have a long history,and their origin is said to date back to the Muromachi period.The lanterns allegedly brought from China at that time were like unfoldablebasket lanterns with paper in a bamboo basket.Foldable lanterns began to be used around the end of the Muromachi period, and the picture scrolls at that time depicted a member of the funeral procession hanging lanterns,playing the role of a Buddhist altar.
You can see that.From the Azuchi-Momoyama period to the beginning of the Edo period,technological innovation was made due to mass use on festivals and battlefields,and it has evolved into a simple type that is light and convenient to carry.Furthermore,when candles could be mass-produced after the middle of the Edo period,lanterns that were used only by upper class people such as emperors,aristocrats,samurai,and monks were sold in large quantities at low prices,and lanterns of various shapes became available.
It has permeated people's lives.The custom of using lanterns for the Bon festival has also become widespread around this time.

the industrial promotion of the Mito Domain

The headwaters of the Suifu lanterns
The beginning of Suifu lanterns dates back to the Edo Period,about400years ago.Suifu
is another name for Mito in the Edo period.It is said that the Mito Domain,one of the
three Tokugawa families,was in poverty at that time because it was below the actual
Kokudaka.Therefore,is was the making of lanterns that the lowranking samurai
started as an in-house job to support their lives.Fortunately,in the territory of the Mito
clan,there is a production area of Japanese paper called "Nishi no Uchigami"that is
strong against water,and using this thick Japanese paper,a durable and high quality
lantern that utilizes a unique construction method is"Mizufu lantern".It became
popular as.It is said that the Mito clan also encouraged the production of lanterns,which
are essential items,and Mito's "Suifu lanterns" have developed further as an industry
that supports the lives of the clan's people.Mito has come toh be called one of Japan's
three major lantern producing areas,along with Gifu and Yamme(Fukuoka Prefecture),
and continues to this day. 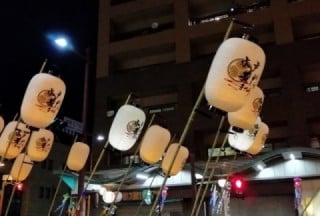 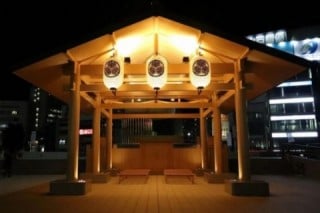 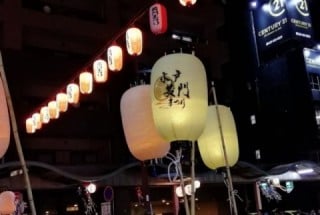 (Differences from the features of Yame and Gifu) - Comparisons-

One of the characteristics of the Mizufu lantern construction method is that many rings are made from Ahinotake,and each ring is tied with a thread to reinforce it.It is characterized by its robustness that does not break or tear the paper. 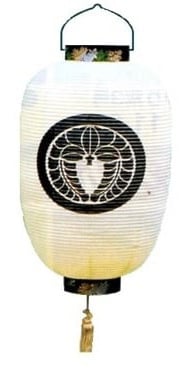 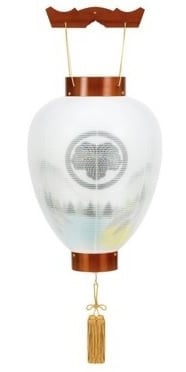 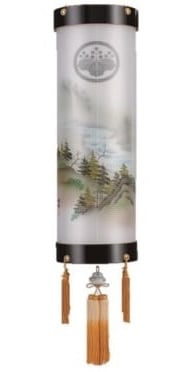 The robustness that does not break the shape or tear the paper even if it is stretched vigorously
A unique framework called "one piece" and its fineness,
And it is born from the polite and precise traditional technique of tying and reinforcing each thread. 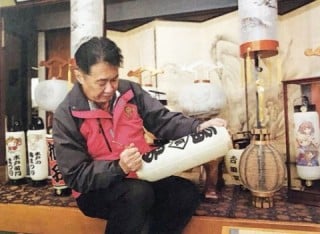 「手書We are particular about "good handwriting",and even now,with the advancement of printing technology,we are still drawing lantern crests and uniwuely shaped characters one by one.Since the state of the paint used changes depending on the tempreature and humidity during work,it is a work that requires reliable technology backed by experience but handwriting that makes subtle differences because it is an era when many exactly the same things can be made using machines.We value the taste and the goodness of one point.

Initiatives for the next generation 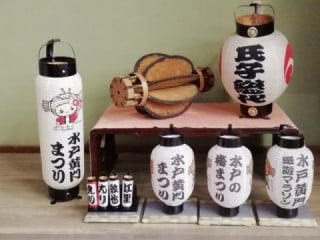 In recent years, in order to make traditional crafts more familiar to the younger generation,lanterns with patterns of anime and mascot characters and lantern/shaped hair ornaments have been handwritten.
We are also developing lanterns that can be used in both heavens.
We are also working toward the next generation while preserving traditional techniques.